I’m packing up my old life and I’m only taking a suitcase.

I have learned a lot in the last 12months.  Like this little gem.   Unpacking a life is like packing up a house, if it’s not worth something to you or you get no use out of it – then get rid of it.   This might sound harsh but I think it’s true.

Breaking up a relationship always has its hard parts, and losing friends is the collateral damage of separation.

I’ve had enough of being the only one who puts in the effort.

A fair amount of people sent me messages when my separation first happened, offering kind words or just letting me know they were thinking of me.    There were also those select few calling with thinly veiled offers of support, really just hoping to get the gossip.

However, only one of two of those people continued to check in with me afterwards….most just never spoke to me again.  That’s  how I knew who my friends really were.  The ones who actually cared.

I didn’t choose to loose my support network.

In any relationship breakdown, there will always be friends on his side and hers, there was in my world.  Luckily for me, most of his friends weren’t people I really had much in common with anyway, so that wasn’t a huge loss and there were only a handful that I actually liked, none of whom have spoken to me since,  which was upsetting, but I had to accept that loss and move on.

My friends have mostly stayed with me, which is great.  Some have fallen off the radar along the way and although this has been hard, it’s opened my eyes to the fact that they weren’t really my friends anyway…if they were, they would have stuck by me.

The friends we had as a couple however, that’s been the most difficult to fathom.   I figured, maybe its because they got to know us as a couple, and now things are different, they have a hard time accepting or understanding that (especially as 99% of them have not been through this sort of thing).  I thought in the beginning that maybe they struggled with the whole thing, or were uneasy or embarrassed, or perhaps didn’t know what to say or how to act.    Some I know may have been conscious of not wanting to offend, perhaps worried that we may have thought badly of them,  if they offered an invitation to one of us to an event and not the other.

This is particularly interesting to me, as I had one particular friend (whom I had thought to be a fairly close friend of mine) tell me in no uncertain terms post separation that she “wasn’t going to take sides” and was happy to ensure she spent time with both of us so no one felt left out of what always was a close friendship between both our families (adults and kids alike).   I had time booked to spend with her some months ago,  which I ended up having to change at the last minute.  She never responded to my message or call that day, and I have not heard from her in the 4 months’ since.  The funny thing is, I know my ex and the kids have spent several occasions with that family since that time.  I don’t begrudge my family of that, but I do get upset about the fact I have been ghosted and ignored by someone who, up until that point – I had considered a good friend.   Especially a friend who had previously been so vocal about not choosing a side.

The fact I have been ignored by a lot of these people is what’s cemented to me the importance of my true friends in my life.  I’ve sent too many messages that haven’t been replied too, calls that were not returned, and promises to get together for lunch or drinks never happening.  True friends don’t treat each other like this.

The fact that I have moved on with someone new may possibly be a factor in all this too.   People don’t often see the nuances in a relationship.  They may not know why the marriage ended, or what happened over all those years to cause it’s ending.  All they see is the end result, and if they are not caring enough to try & understand, and then stick by your side as you navigate a new chapter of your life – they never will.   Judgement takes hold and they only care about how it affects them, or how they might be made to feel if they have to interact with you.

It saddens me to think of the friendships I have lost as a result of this.  Many people whose company I quite enjoyed are now almost strangers to me.  There were months where I was sad and angry & depressed about this, but, in coming through the other side, I’ve realised that  they were not really my friends after all – just people I happen to know.  Acquaintances with shared interests or ties that brought us together for a time, like sports or having kids at the same school.   If I see them in the street we may stop and chat, but don’t make plans.  Sometimes I feel like just telling them all how I feel and how it’s affected me, but the thing is, I know for a fact that they really don’t care anyway.    Why? because if I was really an important friend to them, they would have never treated me that way in the first place.

It’s been a year now since my separation, and I feel as though I have navigated an eternity during that 12months.   So many lessons, so many awakenings, so many learnings to be taken and filed away.    Some people come into our lives for a time, some leave and some stay.  You don’t need to keep the same set of people around you forever.

If my friends truly care, they will stick around.  They don’t want the gossip – they don’t care.  They want to know I am OK.  They will keep in touch, pep me up and show me they support me.   These are the friends to truly cherish.

I have a new partner now.  If my friends (or family – I don’t discriminate) have an issue with this or the time frame of how it’s all worked out, then they don’t deserve my time or attention and I won’t be saddened by the loss of theirs.

No matter what people think of me, I know I made the right decision.   I don’t need everyone to be my friend.  I have a few special ones of my own, and they are most definitely getting packed in my suitcase.

Just Be You Everyday

« Planning For A New Year: How I Hit Reset…
How I’m riding those crazy emotional waves » 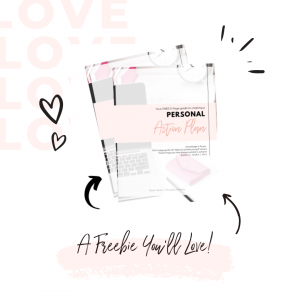