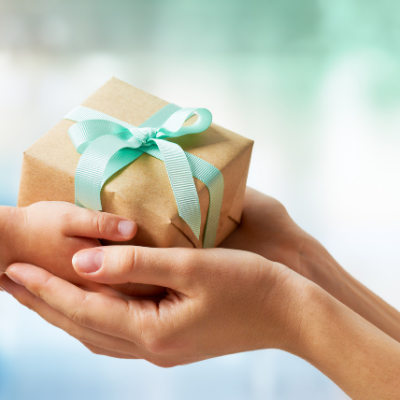 I had a lovely Christmas.

Even though Covid stuffed it up, even though the 10 person event restriction meant my Family Christmas got cancelled, that was OK.

Even though the joint family holiday we planned with my partner, his family and all our combined kids got cancelled, that was OK too.

We made it a great day.

Probably the first time in 14 years I’ve been able to sleep in on Christmas Day. Yippee!

We had all the kids together for Christmas night, and it was a tad chaotic, but that’s what makes Christmas fun right?

I also got a little bit spoiled in the present department, and that’s one thing that made me feel not so great.

I didn’t think I deserved it.

You might narrow your eyes at me now, and OK, I get that, but really, it didn’t feel right.

I mean, its awesome to know someone cares for you so much they are willing to spend their hard earned money on you, but for some reason, I still feel guilty when I got given these things, just like I do when when people want to help me.  I know I shouldn’t, yet I feel terrible, like I’ve somehow asked for things I’m not allowed.

I have no idea where this comes from.

I thought about it, but it’s been hard to work it out.  Was it maybe my upbringing,  always being told “do it yourself”.  Was this it?   So what, if I can’t do it myself, or buy it for myself therefore I am no good?  Not smart?  Too dumb to earn good money to buy nice things?

What about all those years of going to Church?   Being made to feel guilty, that delightful Catholic shame – has this made me into someone who doesn’t see herself as worthy at all?

Or, always having to work hard to prove myself, at work or with my friends, seeing them rise, do well, advance, and feeling like what I do or how I do it is never enough for anyone – damn straight its going to make me think I’m not good enough, right?

What about people?  What about the broken marriage?

I never asked for much, but to be honest, it would have been nice if sometimes I was treated to something I liked, just because…but I wasn’t really.

I can count on one hand the number of bunches of flowers I ever received, and I didn’t feel that any effort was ever put in to choosing Birthday or Christmas gifts, or anything else for that matter.  If a gift was given, a lot of the time it was things he thought I should like, rather than things I actually did.  Really fucking sad and depressing to realise that after 16 years of marriage the man still thought a good gift would be a brightly coloured, very large & gaudy necklace.

I hate bright colours, I live in denim and black and I don’t wear necklaces, not ever.

I always put effort into gifts. Not just for Birthdays and Christmas but little things, like seeing beers I thought he would like whilst I was out shopping and bringing a few home for him.  Like making sure I always bought the snacks he liked for movie night.  Like knowing he had an unused gift card, and making sure he got given another one because I knew there was something in particular at that shop he wanted to buy.

I never got this in return.

After a while I leaned not to expect anything.  I accepted that I wasn’t cared about, not thought of, not loved.  Years of the same behaviour cemented that in my head.  I was obviously not very important.

So, finally breaking away from that life, and meeting someone new, a man who thinks very differently about these things, has been strange and enlightening and sometimes a bit confusing to me.  I’m being thought about now.  Cared about.  I have someone who does this type of thing for me, and as well as making me feel pretty damn special, it also comes with lots of the abovementioned feelings of guilt.

I didn’t know what to do

I was embarrassed.  I said things like  “really you didn’t need too” or “you shouldn’t have done that” and I said it with every gift I opened.

I didn’t know it at the time, but it wasn’t going down well.  I think he felt as though what he had done for me wasn’t being appreciated.

When I realised this, I panicked.    I did like it!   Of course it was appreciated!  I actually really freaking loved the fact he’d thought long and hard about what to get me.  The fact he knew I would appreciate practical things, the fact he bought me things I needed, as well as stuff he knew I would like.

Did my reaction to each gift make him feel bad for getting me these things?  I think it did.  Of course I never meant it too – but I think deep down I  I felt like I didn’t deserve it.  I felt bad that he bought me so much, I felt like I was somehow putting him out, or expecting it, or something equally as horrible.  Even though he did it because he loves me, because he wanted too, my own feelings of guilt or unworthiness affected him that day.  I never realised that until later.

Well I had a hard time working this one out. Coming to understanding of why he did it and why I felt the way I did.  I still feel bad when he pays for things, when he buys me things or when he does things for me, and I doubt that’s going to go away quickly.  It’s not really the type of feelings you can just switch off.

I do know now though, that some people do have the means to help, and might even actually love you so much that they want to buy things for you, and at the end of the day, even though you may not feel worthy of receiving them, all you really need to do is smile, and say thankyou.

They certainly think you are worthy.  Of their time, their thoughtfulness, their effort and their love.

Say thankyou and mean it, because you are worthy.

« Why Working From Home Is Bad For My Mental Health
Planning For A New Year: How I Hit Reset… »